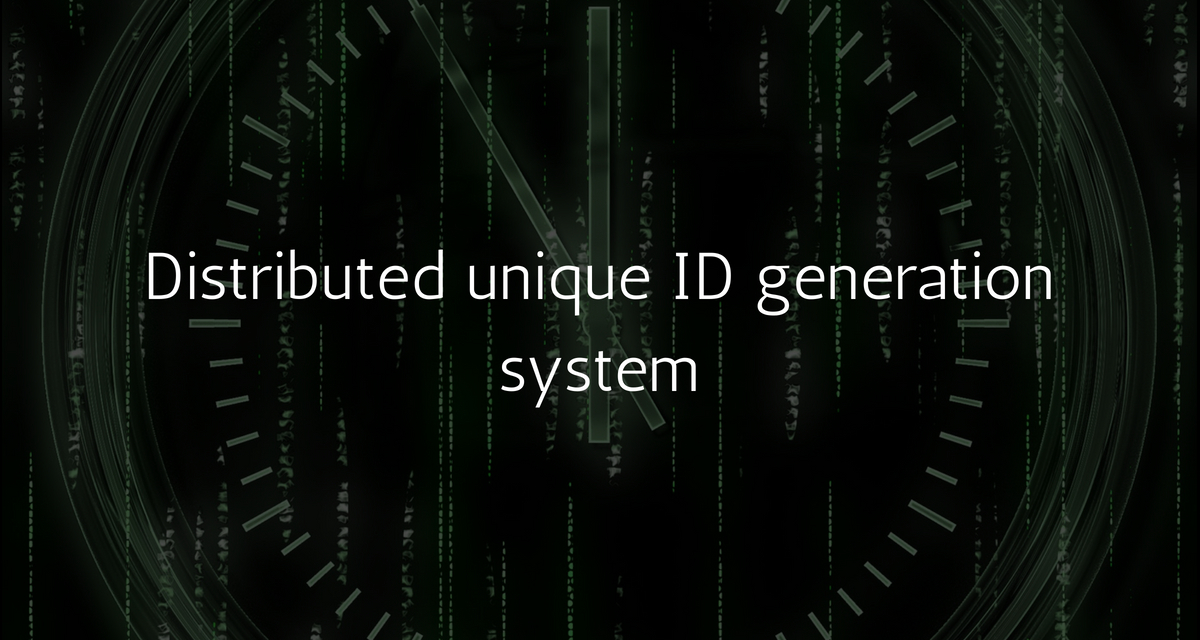 In this chapter we will learn how to generate Unique IDs at scale in a distributed system.

Some very important applications of Unique ID Generators are:

We can use a centralized auto_increment feature in a single database server to create unique IDs.

This approach is very easy to implement and it works for small to medium scale applications. 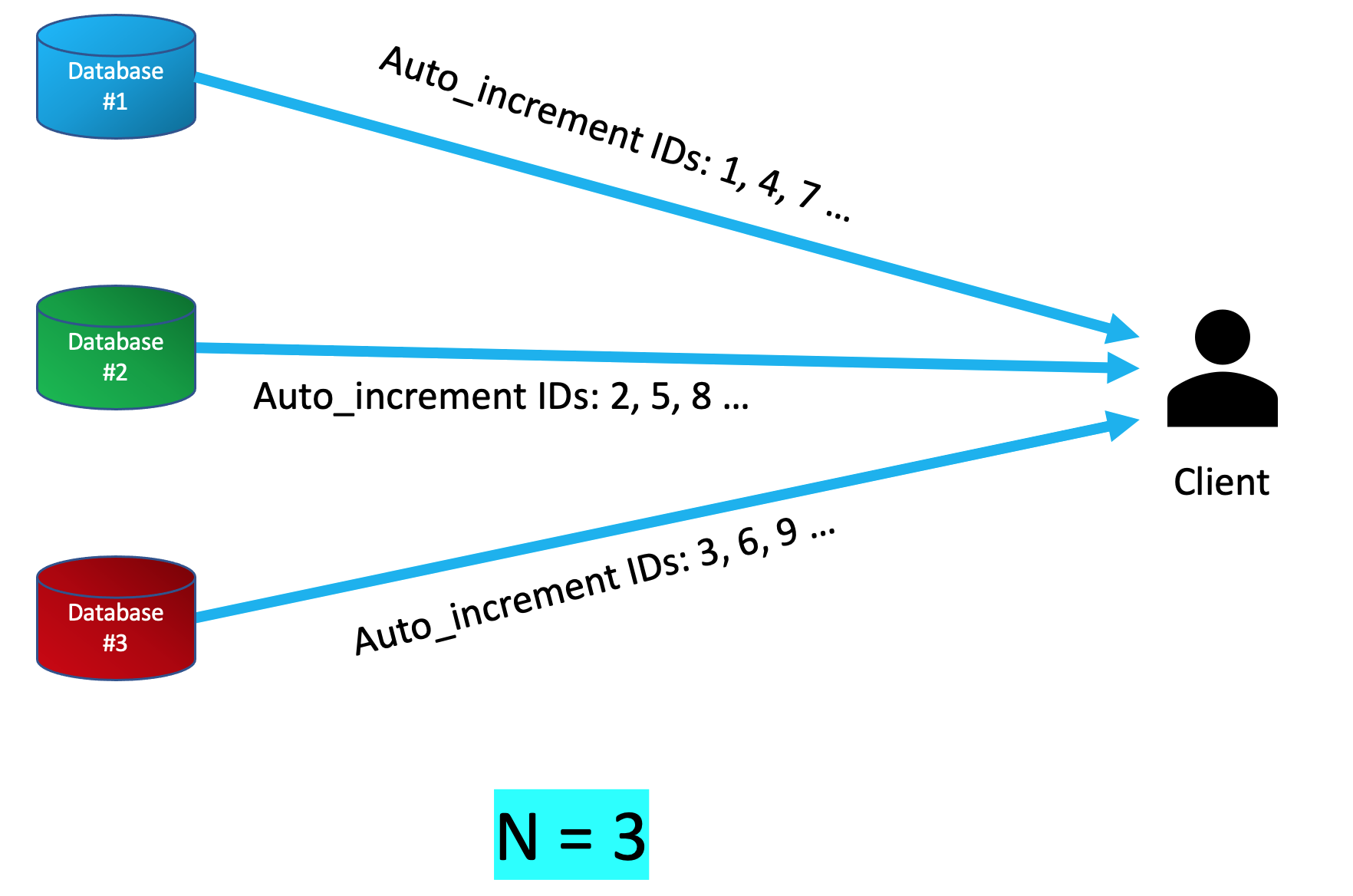 A universally unique identifier (UUID) is a 128-bit label used for information in computer systems. The term globally unique identifier (GUID) is also used. While the probability that a UUID will be duplicated is not zero, it is generally considered close enough to zero to be negligible. After generating 1 Billion UUIDs per second for 85 years, probability of creating a single duplicate reaches 50%. Thus, anyone can create a UUID and use it to identify something with near certainty that the identifier does not duplicate one that has already been, or will be, created to identify something else. Information labeled with UUIDs by independent parties can therefore be later combined into a single database or transmitted on the same channel, with a negligible probability of duplication. Adoption of UUIDs is widespread.

Unlike Approach #2, this solution also works well when our ID Generator app is deployed in multiple data centers.

This is a simple yet scalable solution, if we are okay with the below constraints:


ID generators and Range Generators: In this approach we will have multiple instances of ID generator and each of these instance will be able to generate IDs in a certain range, for example: say we have 2 instances: instance1 generates IDs in the range, say 1 - 10000, instance2 generates IDs in the range of 10001 - 20000. Once instance1 exhausts the range 1 - 10000, and assuming instance2 still hasn't exhausted the range 1 - 10000, instance1 gets assigned the range 20001 - 30000. While generating IDs, each ID Generator instance starts from the low end of the assigned range and increments by 1 each time it has to create a new ID.

The last assigned range are stored in a highly available and durable cache. Any time an instance needs a new range, it does a look-up in the cache to see what the last assigned range was, and then self-assigns the next range, and updates the cache with the range it self-assigned as the updated last assigned range. We can just store the end of the range. If the self-assigned range is [20,001 - 30,000], we store 30,000. Now, if you think deeply you will figure that this whole process is not trivial in large system where there are multiple ID Generator instances and more than one instances are doing a look-up at the same time. Looking up the last used range, self-assigning a range and update the cache with the last used range should be one atomic transaction. This may cause race condition since multiple ID Generator instances can try to these operations at the same time. It would make sense to assign single responsibility to each component and decouple Range generation and ID generation. So we create a decoupled Range Generator component which has a single responsibility of range generation. Also, keep in mind that the ID Generator component will get huge number of requests and will be busy catering to the ID generation requests. It does not make sense to get the system overloaded by adding range generation reponsibility to it, when we are building a system of this large of a scale, keeping high availability and low latency in mind. Range Generator will get a request only when an ID Generator instance needs a new range. So this component will get way less requests than the ID Generator component. Since these two components are decouples, they both can scale independently as per their own scale need.

One more thing to consider here is whether each ID Generator instance should store the last generated ID in cache or not. This will help if a particular ID Generator instance goes down, it will know what was the last generated id so that it can increment it by one and gets the next ID and so on. However, to make a cache API call to store the generated ID for every ID Generation Request would be very expensive and will impact the latency. So it would be better to not worry about storing the last generated ID. So what are the cons for this? The drawback would be if an ID Generator instance goes down there will be no way to know about the unused IDs from the assigned range and those IDs will be lost forever and there will beno way to recover them. Now, keep in mind that we are working with Trillions of numbers here. If one range of say 10,000 numbers (or whatever the lengths of the ranges are) get lost out of Trillions of numbers, that is equivalent to one drop of water from an ocean. Also, instances going down is not a frequent incident. In a stable, well-architected, well-maintained system it should not happen frequently. 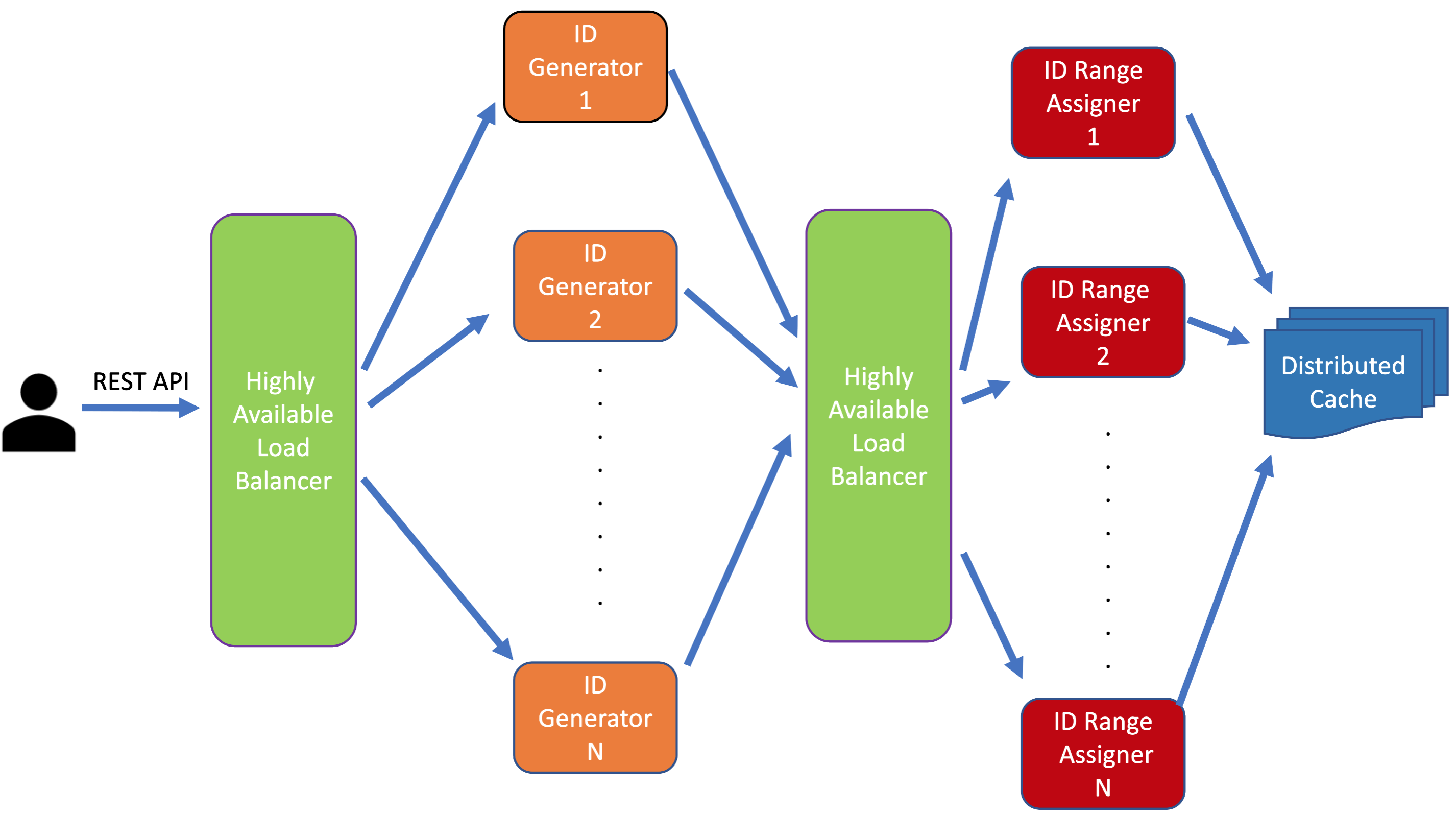 We can have multiple instances of ID Generators and each instance will create an ID using the following schema:

So, while generating an id the ID Generator starts with the timestamp, then appends data center id, followed by machine id and at the end the local id. 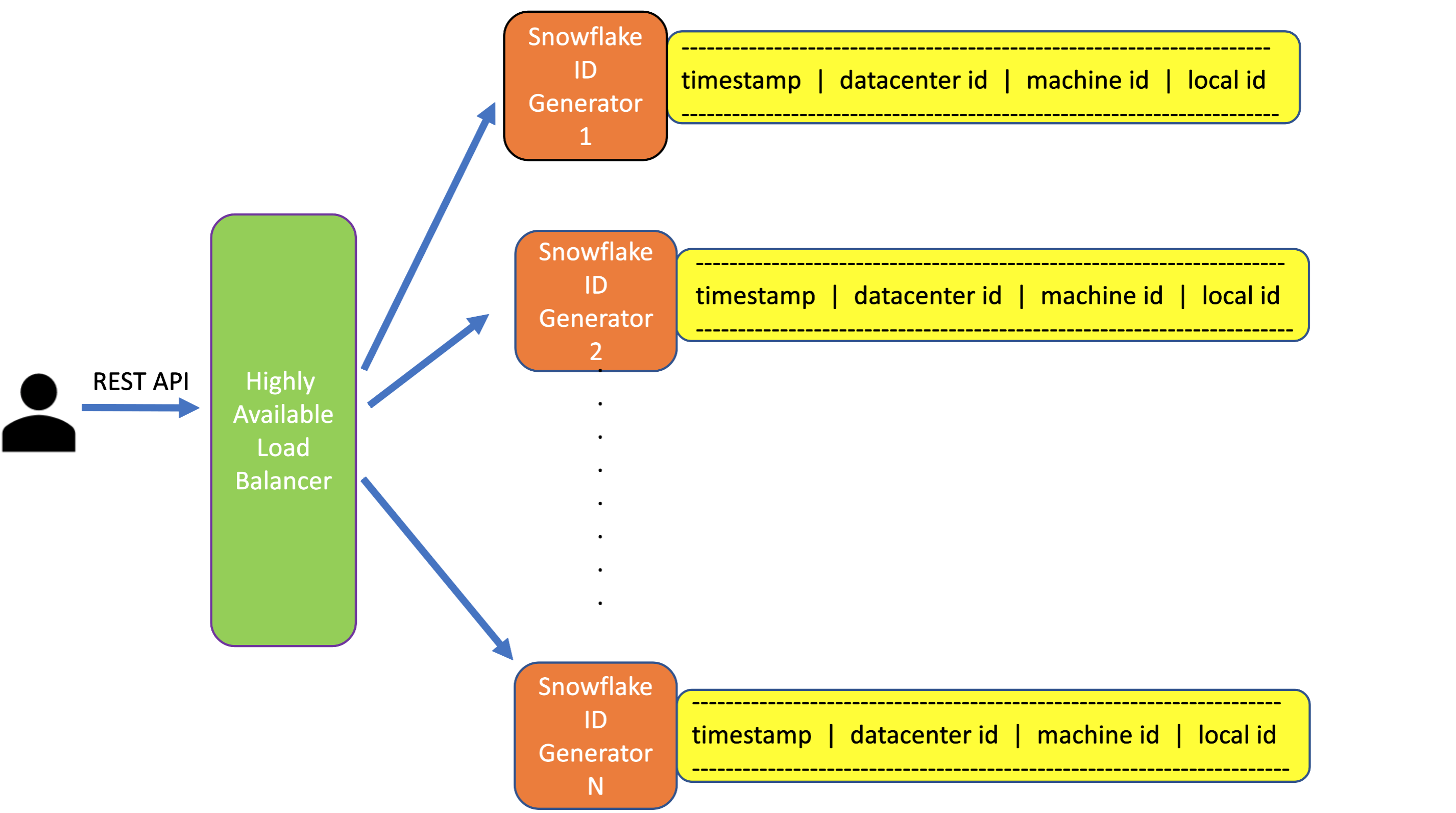 
If you have any feedback, please use this form: https://thealgorists.com/Feedback.